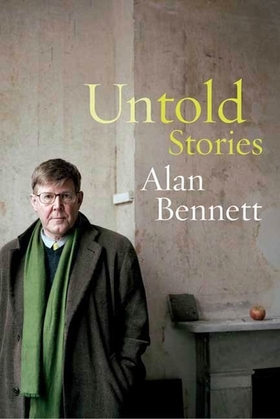 "[Bennett] does what only the best writers can do--make us look at ourselves in a way we've never done before." --Michael Palin

Untold Stories brings together some of the finest and funniest writing by one of England's best-known literary figures. Alan Bennett's first major collection since Writing Home contains previously unpublished work--including the title piece, a poignant memoir of his family and of growing up in Leeds--along with his much celebrated diary for the years 1996 to 2004, and numerous other exceptional essays, reviews, and comic pieces. In this highly anticipated compendium, the Today Book Club author of The Clothes They Stood Up In reveals a great many untold secrets and stories with his inimitable humor and wry honesty--his family's unspoken history, his memories of Peter Cook and Dudley Moore, and his response to the success of his most recent play, The History Boys.
Since the success of Beyond the Fringe in the 1960s, Bennett has delighted audiences worldwide with writing that is, in his words, "no less serious because it is funny." The History Boys opened to great acclaim at the Royal National Theatre in 2004, winning numerous awards, and is scheduled to open in New York City in April 2006.