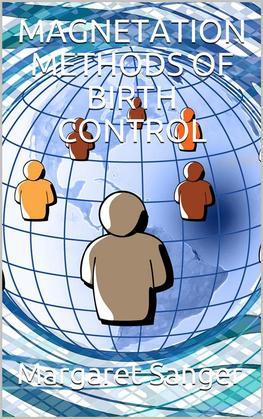 by Margaret Sanger (Author)
Excerpt Buy for €4.99
Nonfiction Health & fitness Daily living Motherhood Pregnancy & childbirth
warning_amber
One or more licenses for this book have been acquired by your organisation details

Before closing this series of pamphlets on the practical methods of Birth Control, I feel in justice to the many readers and subscribers of the Woman Rebel who inquired about the theories of Magnetation, Male Continence, Sedular Absorption, Karezza, and Zugassent’s Discovery, that this series would not be complete without giving at least a general idea of these theories and their practice.

It is interesting to note that the magnetation theory had its best and longest practice, as well as its beginning, in America, under the title Male Continence. This method was practised for over forty years by a group averaging 130 men and 150 women known as the Oneida Community. They occupied a part of the old reservation of the Oneida Indians in New York State, and lived in a harmonious and prosperous form of Communistic society. John Humphrey Noyes was the head and founder of the group. Through personal experience and prolonged study, he discovered the theory of male continence. Since that time many others have come forward with the same theory under various names. Almost without exception, each advocate has injected some kind of religion into it. The Oneida Community was particularly a religious sect, and Alice B. Stockham, the author of Karezza, was a fervent religionist. However, aside from this, there are fundamental truths in the theory which bear thinking about and should not be discarded without some consideration. In view of the thousands of testimonials of the healthful results of the practice of these theories, I present these methods like that of the others, and for convenience shall classify them all under one head, “Magnetation.”

There are thousands of men and women who object to the practical and mechanical means of Birth Control, who feel that the pessary, condom, and douche are gross and sordid, and take away the artistic and spiritual beauty of the act. It is those whom the magnetation method will interest most. There are others who will claim that this method is “not satisfying,” and can find no enjoyment in its practice. But so are there thousands of men and women who can pass a beautiful painting and receive no inspiration from it, or listen to a charming selection on a musical instrument and receive no emotion from it. So are there many whose natures are not so constructed that they can enjoy or benefit by this method. There is no doubt that the successful attainment of this method is dependable upon a fine spiritual bond between the two who enjoy its practice.