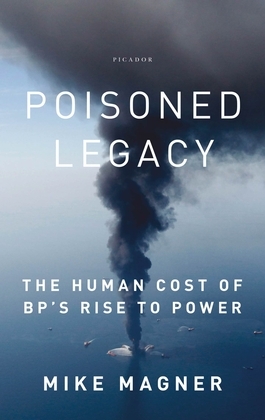 The story is all too-familiar: On April 20, 2010, the Deepwater Horizon oil rig exploded, killing eleven workers and creating the largest oil spill in the history of U.S. offshore drilling. But, this wasn't the first time British Petroleum and its cost-cutting practices destroyed parts of the natural world. It also was not the first time that BP's negligence resulted in the loss of human life, ruined family businesses or shattered dreams. Journalist Mike Magner has been tracking BP's reckless path for years and, for the first time, focuses on the human price of BP's rise to power. From Alaska to Kansas to the Gulf, Magner has talked to people whose lives have been destroyed by BP's almost unparalleled corporate greed. When BP acquired an abandoned Kansas refinery in 1998, it discovered one of the most contaminated groundwater plumes in the U.S. Rather than begin a full cleanup, BP declared there was no cause for concern. A former schoolteacher alarmed by cancer cases in the town pushed her community to take BP to court. In 2005, an explosion at BP's Texas City refinery, operating with a raft of safety problems because of neglected maintenance, killed fifteen people including the mother and father of a young woman who was driving there to spend the Easter holidays with her parents. A year later, thousands of gallons of oil spilled onto Alaska's North Slope from a corroded BP pipeline. Following a hurricane, BP's Thunder Horse rig almost sank because of a flaw in its construction, and repair work exposed even more serious problems. Poisoned Legacy is the searing true story of the rise and fall of BP, a company that went from being a green maverick promising a world "Beyond Petroleum" to one of the most notorious corporate villains in history.