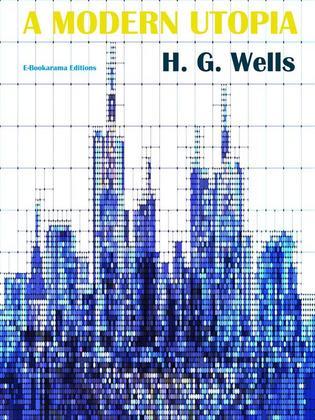 H. G. Wells' masterpiece "A Modern Utopia" was first published in 1905. It sets the scene for many modern, scientific utopias and dystopias. The story is set on a planet very like earth. The Utopian Planet differs from earth in that the inhabitants have created a perfect society. Two men, the narrator and his colleague (a botanist), visit this parallel planet and argue over its merits and defects.

Utopia is a world in which the problems of humanity have been solved. People live healthy, happy lives in cities where all human needs are met. Science and technology frees people from toil and enables them to enjoy security and innovation.

Wells' utopia is neither democratic nor equal. He draws on the utopias of Plato, More, and Bacon. He advocates a scientific kind of socialism, rooted in the idea that the world is orderly, knowable and controllable.

The state is ruled by the Samurai. Like Plato's Guardians, the Samurai are a moral and spiritual ruling class. They lead an ascetic (disciplined and morally strict) life, governed by the Rule. The Samurai carry out their government duties but their main business is the development of science and philosophy. Anybody that proves themselves to be able to follow the Rule is allowed to become one of the Samurai.

Basically, Wells' idea of a perfect world would be if everyone were able to live a happy life. This book is written with an intimate knowledge of former ideal commonwealths and is a conscious attempt to describe a utopia that is not utopian.