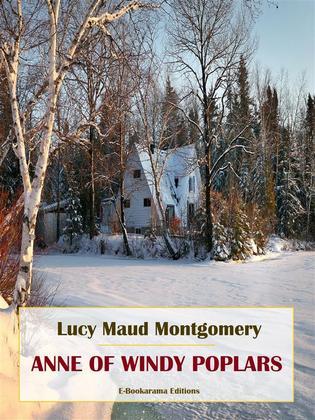 First published in 1936, "Anne of Windy Poplars" is the fourth book in the Anne of Green Gables series by Lucy Maud Montgomery.

In this book, 22-year-old Anne Shirley has left college to serve as principal of Summerside High School and settles down in Windy Poplars.

Anne Shirley has left Redmond College behind to begin a new job and a new chapter of her life away from Green Gables. Now she faces a new challenge - the Pringles. They're known as the royal family of Summerside - and they quickly let Anne know she is not the person they wanted as principal of Summerside High School.

But as she settles into the cosy tower room at Windy Poplars, Anne finds she has great allies in the widows Aunt Kate and Aunt Chatty - and in their irrepressible housekeeper, Rebecca Dew. As Anne learns Summerside's strangest secrets, winning the support of the prickly Pringles is only the first of her delicious triumphs.