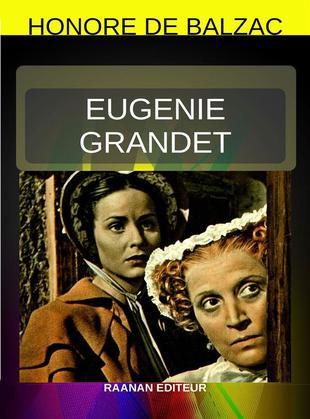 Eugénie Grandet is a novel first published in 1833 by French author Honoré de Balzac. While writing it he conceived his ambitious project, The Human Comedy, and almost immediately prepared a second edition by revising the names of some of the characters such that Eugénie Grandet then fitted into the section: Scenes from provincial life (Scènes de la vie de province) in the Comédie. He dedicated the edition to Maria Du Fresnay his then lover and mother of his daughter, Marie-Caroline Du Fresnay, whom some regard as the "real" Eugénie Grandet.

There are houses in certain provincial towns whose aspect inspires melancholy, akin to that called forth by sombre cloisters, dreary moorlands, or the desolation of ruins. Within these houses there is, perhaps, the silence of the cloister, the barrenness of moors, the skeleton of ruins; life and movement are so stagnant there that a stranger might think them uninhabited, were it not that he encounters suddenly the pale, cold glance of a motionless person, whose half-monastic face peers beyond the window-casing at the sound of an unaccustomed step...|