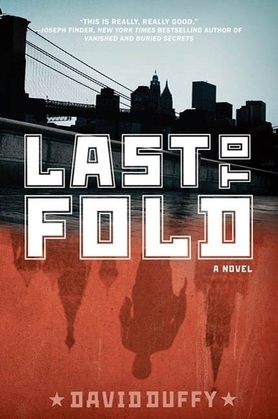 Turbo Vlost learned early that life is like a game of cards?. It's not always about winning. Sometimes it's just a matter of making your enemies fold first.

Turbo is a man with a past?his childhood was spent in the Soviet Gulag, while half of his adult life was spent in service to the KGB. His painful memories led to the demolition of his marriage, the separation from his only son, and his effective exile from Russia.

Turbo now lives in New York City, where he runs a one-man business finding things for people. However, his past comes crashing into the present when he finds out that his new client is married to his ex-wife; his surrogate father, the man who saved him from the Gulag and recruited him into the KGB, has been shot; and he finds himself once again on the wrong side of the surrogate father's natural son, the head of the Russian mob in Brooklyn.

As Turbo tries to navigate his way through a labyrinthine maze of deceit, he discovers all of these people have secrets that they are willing to go to any lengths to protect.

Turbo didn't survive the camps and the Cold War without becoming one wily operator. He's ready to show them all why he's always the one who's?LAST TO FOLD.

"One of the most original protagonists I've ever come across ? a cross between Arkady Renko and Philip Marlowe: a Russian-born ex-KGB agent living in New York, a private eye with a strong sense of irony and a Russian sense of fatalism. David Duffy knows his Russia inside and out, but most of all, he knows how to tell a story with flair and elegance. This is really, really good."