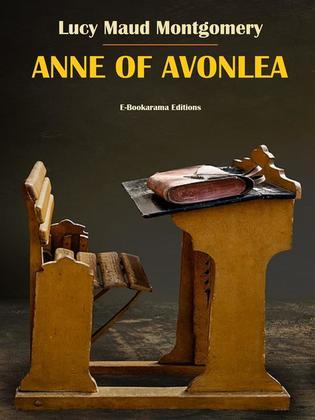 First published in 1909, "Anne of Avonlea" is considered the sequel to Montgomery's most popular book, "Anne of Green Gables".

The novel chronicles the life of Anne Shirley from the age of 16-18, when she takes on the post of teaching at the Avonlea School in Nova Scotia. It follows Anne’s endeavours to become a successful teacher, help raise a pair of rambunctious twins, and improve her beloved hometown—with the help of her former enemy, Gilbert Blythe, who’s giving her an awful lot of attention.