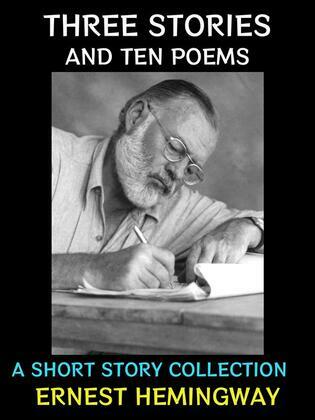 Known for his works 'A Farewell to Arms', 'The Old Man and the Sea', 'For Whom the Bell Tolls', Ernest Hemingway also wrote a series of short stories and poems. This book is an attempt to bring some of them together. Originally published in 1923, these short stories ("Up in Michigan," "Out of Season," and "My Old Man") and their accompanying poems marked the future Nobel Laureate's literary debut. Ernest Hemingway's Three Stories and Ten Poems is the author's first published book.