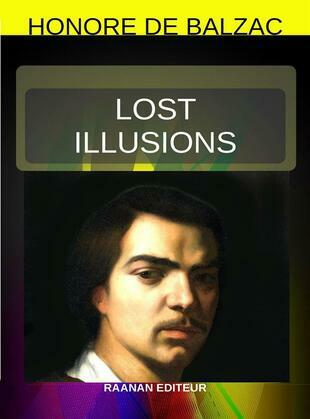 Lost Illusions — in french, Illusions perdues— is a serial novel written by the French writer Honoré de Balzac between 1837 and 1843. It consists of three parts, starting in provincial France, thereafter moving to Paris, and finally returning to the provinces. Thus it resembles another of Balzac's greatest novels, The Black Sheep, 1842,  (La Rabouilleuse), in that it is set partly in Paris and partly in the provinces. It is, however, unique among the novels and short stories of  The Human Comedy, 1799–1850, (La Comédie humaine) by virtue of the even-handedness with which it treats both geographical dimensions of French social life.

| The novel's main character, Lucien Chardon, works as a journalist, and his friend David Séchard is a printer. These were both professions with which Balzac himself had experience.

Balzac had started a printing business in Paris in 1826. It became bankrupt in 1828. His experiences influenced his description of David Séchard's working life...|