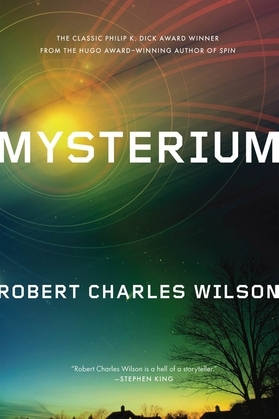 In a top-secret government installation near the small town of Two Rivers, Michigan, scientists are investigating a mysterious object discovered several years earlier. Late one evening, the local residents observe strange lights coming from the laboratory. The next morning, they awake to find that their town was literally cut off from the rest of the world...and thrust into a new one!

Soon the town is discovered by the bewildered leaders of this new world?at which point, the people of Two Rivers realize that they've arrived in a rigid theocracy. The authorities, known as the Bureau de la Covenance Religieuse, have ordered Linneth Stone, a young ethnologist, to analyze the arrivals and report her findings to the Lieutenant in charge.

What Linneth finds will challenge the philosophical basis of her society and lead inexorably to a struggle for power centering on the mysterious object that Two Rivers' government scientists were studying when the town slipped between worlds.