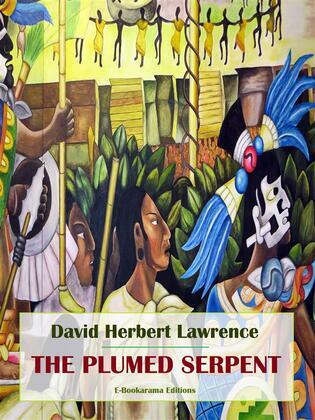 David Herbert Lawrence’s "The Plumed Serpent" is the story of an Aztec pagan revolution that spreads through Mexico during the time of the Mexican Revolution (the 1910s). Published in 1926, it also has themes of anti-capitalism, anti-Americanism, romanticism, nationalism, and primal and traditional roles for men and women.

The protagonist is 40-year-old Kate Leslie, the widow of an Irish revolutionary. She’s not particularly close to her grown children from her first husband, and seeking solitude and change in the midst of her grief she settles temporarily in Mexico.

Soon she meets Don Ramón Carrasco, an intellectual who’s attempting to rid the country of Christianity and capitalism and replace them with the cult of the Aztec god Quetzalcoatl (“the plumed serpent”) and Mexican nationalism. He’s assisted in his vision by Don Cipriano Viedma, a general in the Mexican army. Ramón provides the leadership, poetry, and propaganda that helps the movement take off, and Cipriano lends a military counterpoint...