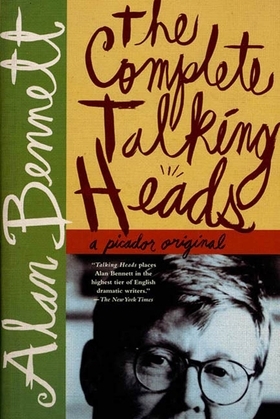 Alan Bennett's award-winning series of solo pieces is a classic of contemporary drama, universally hailed for its combination of razor-sharp wit and deeply felt humanity. In Bed Among the Lentils, a vicar's wife discovers a semblance of happiness with an Indian shop owner. In A Chip in the Sugar, a man's life begins to unravel when he discovers his aging mother has rekindled an old flame. In A Lady of Letters, a busybody pays a price for interfering in her neighbor's life.

First produced for BBC television in 1988 to great critical acclaim, the Talking Heads monologues also appeared on the West End Stage in London in 1992 and 1998. In 2002, seven of the pieces were performed at the Tiffany Theater in Los Angeles for a highly praised brief engagement, and in 2003 a selection of the monologues premiered in New York at the Minetta Lane Theatre. These extraordinary portraits of ordinary people confirm Alan Bennett's place as one of the most gifted, versatile, and important writers in the English Language.