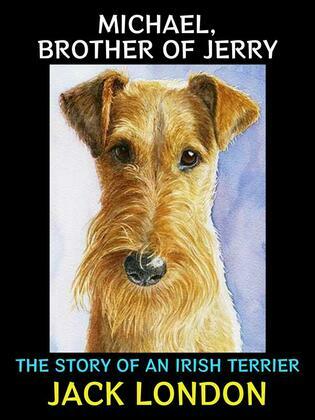 Michael Brother of Jerry by Jack London. Michael, an Irish terrier, was born and raised in the Solomon Islands. The dog now works as a slave hunter aboard a schooner on a mission to recruit native islanders for work. One day the captain accidentally leaves Michael on a beach and sails away. Michael is then abducted by Dag Daughtry, a steward on another ship, who initially planned to sell the dog for money. However, later he got attached to Michael and takes the dog to a trip around the world.