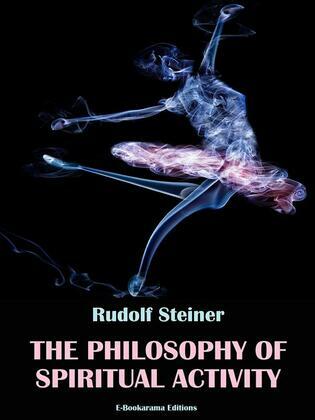 The Philosophy of Spiritual Activity

"The Philosophy of Spiritual Activity", written in 1894, is a fundamental treatment of Steiner's philosophical outlook.

Together with "Truth and Science" and "The Riddles of Philosophy" it might be considered as one third of a philosophical trilogy.

The emphasis of the book is not on “freedom” as ordinarily understood, but is on “freiheit” or what might be termed freeness. This freeness is a self-starting, self-directing activity of a spiritual sort. Here, the term “spiritual” is used in a sense not incompatible with the use of the word in the tradition of the German idealistic school of philosophy. This seminal work asserts that free spiritual activity - understood as the human ability to think and act independently of physical nature - is the suitable path for human beings today to gain true knowledge of themselves and of the universe.

Of all of his works, "The Philosophy of Spiritual Activity" is the one that Steiner himself believed would have the longest life and the greatest spiritual and cultural consequences.

It was written as a phenomenological account of the results of observing the human soul according to the methods of natural science.