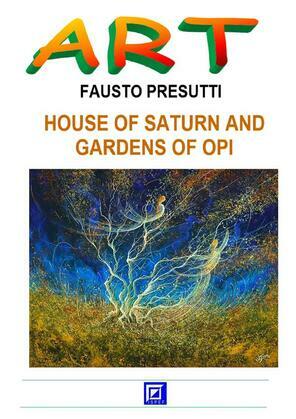 House of Saturn and Gardens of Opi

A journey to discover the Mediterranean, greek-Roman culture and traditions which still remain and are renewed in a new vision of the XXI century, so as to build a community of people united by spiritual affinities and shared values, thus building a social network based on a new ecosystematic humanism founded on the comparison and on cultural, scientific, business, artistic, artisan, tourist, food and wine participation.

Legend has it that Saturn, to flee from the wrath of Jupiter hid in southern Lazio and founded five cities fortified by large megalithic polygonal walls (formed from boulders so large that only the giant Cyclops could be able to build them) marked by the initial Letter A: Alatri, Anagni, Arpino, Atina and Ferentino (also called Antino).

The legends often tell stories lost in time and make myth what has actually happened in reality, putting it on a magical, sometimes dreamlike level.

The book takes readers on a fantastic journey to discover the ancient beauties of the Comino Valley, to take him to grasp the symbolic significance of myth and legend, which even today can relive and revive the “Golden Age” that lived Valley at the time of the Romans.