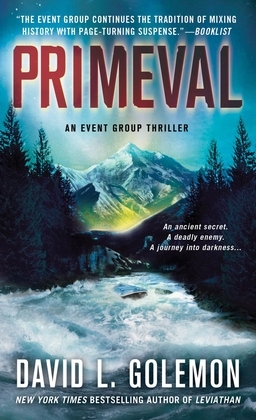 The New York Times bestselling author of Ancients and Leviathan returns with another adrenaline rush?the latest thriller in the Event Group Series

Twenty thousand years ago, when man crossed the land bridge to North America, creatures called They Who Follow made the great trek as well. But once in the new continent, the giant beasts disappeared, whether into hiding or extinction, no one knew.

Centuries later, a battered journal?the only evidence left from the night of the Romanovs' execution?turns up in a rare bookstore. As the U.S. and Russians vie for the truth, and the lost Romanov treasure, they collide with a prehistoric predator thought long-extinct.

It's up to the Event Group to lay to rest the legends. On an expedition into the wilds of British Columbia, Colonel Jack Collins and his team make a horrifying discovery in the continent's last deep wilderness, where men have been vanishing for centuries.