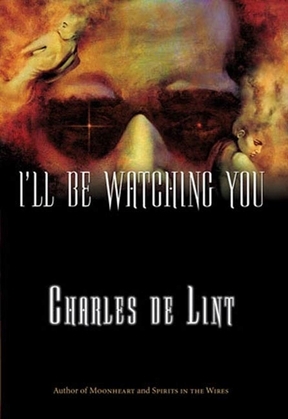 I'll Be Watching You

In the early 1990s, Charles de Lint wrote and published three dark fantasy novels under the pen name "Samuel M. Key." Now, beginning with Angel of Darkness and From a Whisper to a Scream and concluding with I'll Be Watching You, Orb presents them for the first time under de Lint's own name.

Rachael Sorenson feared she would never escape her ex-husband's abuse. Then a passing stranger came to her rescue---a stranger who had watched her from afar.

He was a photographer, and Rachael was his perfect subject. He lived only to make her happy---and eliminate those who didn't.

Now he wants more than her beauty. She owes him her life---and he means to collect.

"[De Lint] is not only a skillful storyteller but also a chronicler of women's issues in this sensitive, if politically correct, thriller."--Publishers Weekly