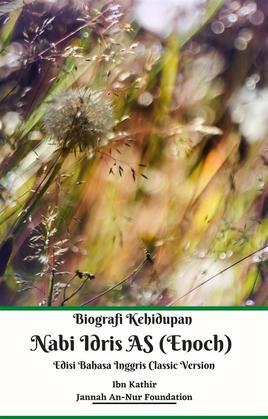 “And mention Idris in the Book, surely he was a truthful man, a Prophet. And We raised him high in heaven. (The Holy Quran 19:57-58)

From authentic books, it is narrated from Wahab that Prophet Idris AS (Enoch) was a well-built man with a broad chest. He had less hair on his body and more on his head. His one ear was bigger than the other. He had scanty hair on his chest and spoke in a low voice. While walking his feet used to come close to one another.

He is known as Idris because he used to teach about the magnanimity of Allah SWT (God) and the excellence of Islam. He pondered about the majesty, grandiose and glory of Allah SWT (God), that the sky, the earth, the sun, the moon, the stars and clouds and all other creations have a creator who by His power has created them, formed and arranged them.