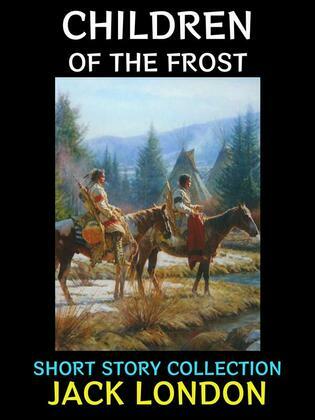 Children of the Frost

Children of the Frost by Jack London. This is a collection of short stories that take place in the Klondike, about the native Americans in Alaska during the time of the gold rush. Most of the stories feature Native Americans. Jack London has a unique, amazing gift for taking the reader into another person's head, making them see and smell and feel the things he writes about. FROM Jack London one knows what to expect - and one expects much. His stories will never add to the gayety of nations. Many of them are distinctly unpleasant, brutal, crude; yet few of our younger writers loom so large upon the literary horizon as this same young man with the spectacular name. He has seen, he has felt, he has understood, and he, has imagined. Moreover, he writes, figuratively speaking, with his fist. In "Children of the Frost" he goes back to his chosen field, to the land of the killing cold and the blinding snow, the land of the Indian, the Eskimo, the voyageur, the trapper, the land beyond the pale, where conventions drop off, and elemental passions hold sway. Grim realism and wild romance consort oddly in the tales. The reader feels the fascination of the mysterious North. These are stories with a grip.