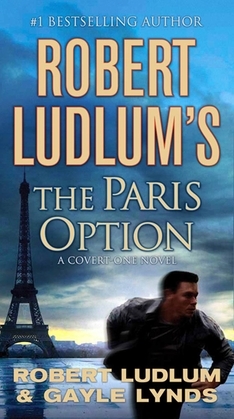 For 30 years, Robert Ludlum's novels have set the standard for the finest in international intrigue and suspense. With an unbroken string of bestsellers in almost every country in the world, Robert Ludlum's books have been enjoyed by hundreds of millions of readers, and are widely acknowledged as classics in the field. Now, after the bestselling Covert-One novels The Hades Factor and The Cassandra Compact comes the third thrilling novel in the series - The Paris Option.

A fiery explosion in the dark of night shatters one of the laboratory buildings in Paris's esteemed Pasteur Institute. Among the dead is Emile Chambord, one of the leaders in the global race to create a molecular - or DNA - computer. Unfortunately, Professor Chambord kept the details of his work secret, and his notes were apparently destroyed in either the bomb blast or the raging fire that followed.

The scientific community does not expect a workable DNA computer to be developed for years. But suddenly U.S. fighter jets disappear from radar screens for a full five minutes, and there's no explanation. Utilities across the Western states cease functioning, and all telecommunications abruptly stop, with devastating consequences. This is not the work of a clever hacker, although Washington, worried about a panic, assures the public it is. Only the enormous power and speed of a DNA computer could have caused such havoc.

Under the cover of visiting his friend Marty Zellerbach, who was severely injured when the Pasteur lab was destroyed, Covert-One agent Jon Smith flies to Paris to search for the connection between the Pasteur explosion and the forces now wielding the computer. Following a trail that leads him across two continents, Smith uncovers a web of deception that threatens to wreck havoc and forever reshape the world.