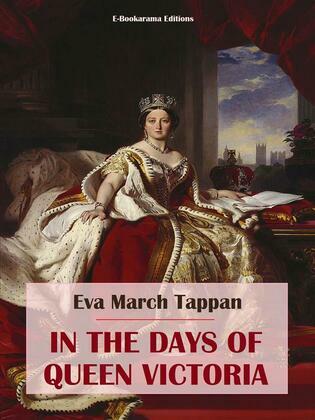 In the Days of Queen Victoria

This early work by Eva March Tappan was originally published in 1903. "In the Days of Queen Victoria" is a biography of Queen Victoria, the woman who became queen at eighteen and for nearly 64 years wore the crown of Great Britain, and details aspects of her school days, her coronation, and her family life.

Eva March Tappan was a teacher and American author born in Blackstone, Massachusetts. She graduated from Vassar College in 1875 receiving graduate degrees in English Literature from the University of Pennsylvania.

Tappan began her literary career writing about famous characters from history in works such as "In the Days of William the Conqueror" (1901), and "In the Days of Queen Elizabeth" (1903). She then developed an interest in children's books, writing her own and publishing collections of classic tales.