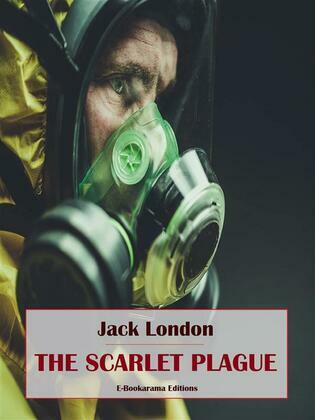 by Jack London (Author)
Buy for €0.49 Excerpt
Fiction Christian Futuristic Classics
warning_amber
One or more licenses for this book have been acquired by your organisation details

Jack London may be known as an adventure writer (and an adventurer himself), but in 1912, he wrote a work of speculative fiction—more precisely, post-apocalyptic fiction. "The Scarlet Plague" was originally published in London Magazine.

It's 2072, sixty years after the scarlet plague has depopulated the planet. James Howard Smith is one of the few survivors of the pre-plague era left alive in the San Francisco area, and as he realises his time grows short, he tries to impart the value of knowledge and wisdom to his grandsons.

Through his narrative, we learn how the plague spread throughout the world and of the struggles of the handful of survivors it left in its wake.