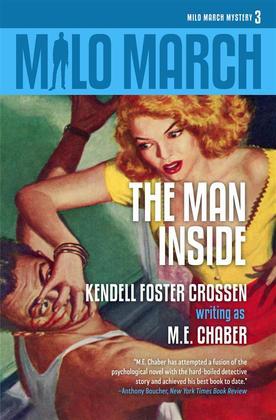 Samson Hercules Carter is a little man with a big name who has fallen obsessively in love with a diamond. The Tavernier Blue is only a little smaller than a golf ball and worth a fortune. To insurance investigator Milo March, the hunk of carbon doesn’t seem as attractive as the equivalent in cash, but he can see why the little man might want to put it in his pocket and take a walk. But the problem is, Carter has also shot a man to death in the process.

The insurance company sends Milo to track down the murderer and recover the stolen diamond—a task made all the more urgent because he’s got competition. Some of the world’s top jewel thieves would also like to get their hands on the diamond, from sinister professionals to a beautiful seductress. In one of Milo’s wildest adventures ever, the chase takes him from New York to Lisbon and Madrid, where the thief, a mild-mannered accountant, has transformed himself into a new identity as a cultured gentleman, an alternate personality that he has secretly developed for years. Getting the thief back to America for prosecution is challenge enough—but where the hell did the little man hide the diamond?

The Man Inside was made into an English film of the same name in 1958, directed by John Gilling and starring Jack Palance and Anita Eckberg.