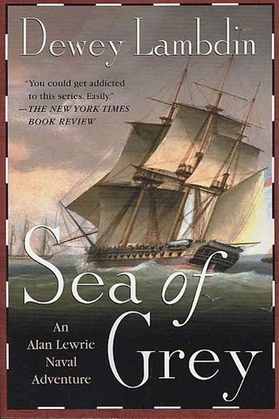 This time, it's off to a failing British intervention on the ultra-rich French colony of Saint Domingue, wracked by an utterly cruel and bloodthirsty slave rebellion led by Toussaint L'Ouverture, the future father of Haitian independence. Beset and distracted though he might be, it will take all of Lewrie's pluck, daring, skill, and his usual tongue-in-cheek deviousness, to navigate all the perils in a sea of grey.

"The lively pace and white-knuckle battle scenes should make this another winner with Lambdin's fans." - Publishers Weekly