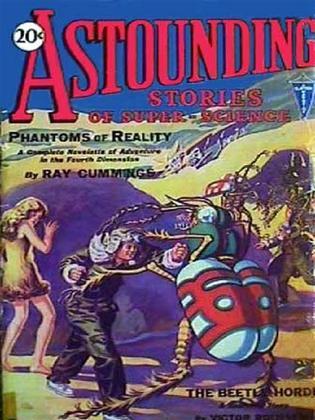 No science fiction library would be complete without Astounding Stories of Super-Science, a highly influential pulp magazine of both sci-fi and horror from the early 1930s!

Part One of “The Beetle Horde” by Victor Rousseau

“The Cave of Horror” by Captain S.P. Meek

“Phantoms of Reality” by Ray Cummings

“The Stolen Mind” by M.L. Staley