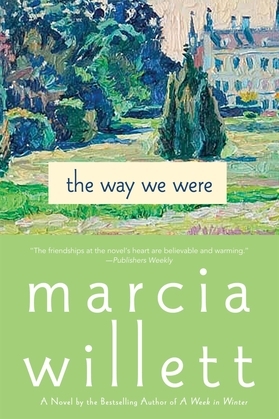 The Way We Were

Marcia Willett captured the hearts of Rosamunde Pilcher and Maeve Binchy fans across the nation with her previous heartwarming stories of family devotion and abiding compassion. Now, in her newest novel, The Way We Were, Willett introduces a deeply moving and utterly real tale that is sure to win over a whole new set of readers.

Tiggy arrives at the remote house on Bodmin Moor in the middle of a snowstorm. All alone, having lost

her partner in a tragic accident, Tiggy is welcomed into her best friend Julia's warm and chaotic family. With the Tiggy begins to live again as she eagerly awaits the birth of her son. But nearly thirty years later, when her son is about to become a father himself, the next generation discovers that there are some secrets from the past that still live on?