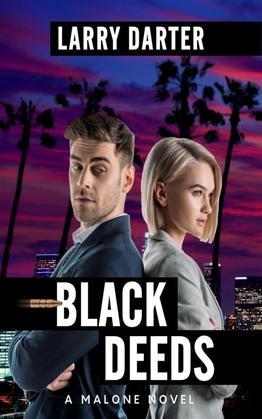 A Malone Novel. In this latest thriller featuring the intrepid Los Angeles PI, Malone gets reacquainted with some old friends and meets new enemies in a troubling case that threatens to shake the City of Angels to its core.

An aspiring investigative reporter, Piper Lang has her cornflower blue eyes set on becoming more than just another pretty face in the newsroom of a major L.A. newspaper. She also has somebody sending her death threats and threatening to rearrange her lovely face if she keeps snooping into the goings on at a secretive Los Angeles-based female empowerment and entrepreneurial training group. It seems the shadowy company is operating with impunity like a multi-level marketing scheme that one of Lang’s sources claims is only a front for a dangerous sex cult.

Malone’s job is to keep the attractive and vivacious Piper healthy until she breaks the biggest story of her career. But after her primary source is almost murdered by two tough guys, Malone’s professional skills are put to the test in a deadly game–a game that may cost Malone and Piper Lang their lives.

When it seems clear Malone may be outgunned this time, series favorite L.A.P.D. detective Jaime Reyes comes to the rescue to provide backup. From the mansions of Bel Air to the film studios of Tinseltown, Malone will need to watch his step as he and Piper unravel a exploitative sex-cult. In L.A., all that glitters isn’t always gold.