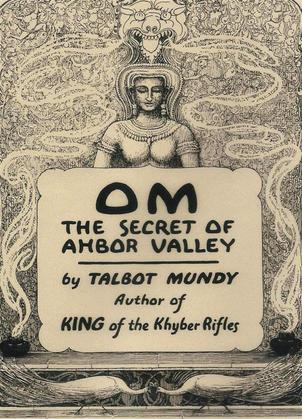 OM - The Secret of Ahbor Valley

In Talbot Mundy’s OM we penetrate into the unknown country of the Ahbors in the high mountains of northern India and Tibet for a tale of striking adventure and mystical significance involving a Lama named Tsiang Samdup. He is a wonderful conception of the mystic, an Adept who has fathomed secrets far beyond human philosophy, and who pours forth a continual stream of hidden knowledge and wisdom. In this story the reader is taken on an expedition in 1920s India which searches for a lost tribe, the aforementioned holy Lama, and a piece of jade that possesses supernatural powers!

"Mr. Mundy had produced a literary and philosophical masterpiece.” - the Manchester City News