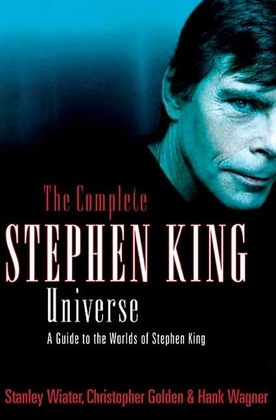 The myriad worlds and universes King has created are, in reality, one world, one universe. Here is the guide to that universe.
The Complete Stephen King Universe is the only definitive reference work that examines all of Stephen King's novels, short stories, motion pictures, miniseries, and teleplays, and deciphers the threads that exist in all of his work. This ultimate resource includes in-depth story analyses, character breakdowns, little-known facts, and startling revelations on how the plots, themes, characters, and conflicts intertwine.
After discovering The Complete Stephen King Universe, you will never read Stephen King the same way again.