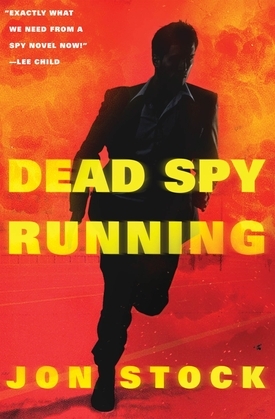 Daniel Marchant, a suspended MI6 officer, is running the London Marathon. He is also running out of time. A competitor is strapped with explosives, and if he drops his pace, everyone around him will be killed, including the U.S. ambassador to London.

Marchant tries to thwart the attack, but is he secretly working for the terrorists? There are those who already suspect him of treachery. Just like they suspected his late father, the former head of MI6, who was removed from his job and accused of treason.

On the run from the CIA, Marchant is determined to prove his father's innocence. His quest to do so takes him from the streets of London to India, where the U.S. president is due for his first visit. Marchant soon finds that to clear his family's name he will have to expose a plot that could throw world politics into chaos.

In Dead Spy Running, Jon Stock delivers a breakneck thriller that updates the spy novel for the twenty-first century.