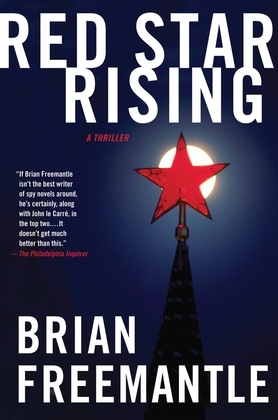 Britain's MI5 tolerates Charlie Muffin because he's their best field agent. What none of his colleagues knows, though, is that he is married to Natalia Fedova, a colonel in the FSB, the Russian intelligence successor to the KGB. It's a secret that could land her in front of a firing squad, and him in jail for life. Worst of all, their daughter would then end up in a Russian state orphanage.

But a frantic call from Natalia has brought their secret out, and Charlie must lead a combined MI5/MI6 mission to rescue her. He soon realizes that his higher-ups have other priorities than his family's safety. Charlie will have to outwit not just the Russians but his own government as well to protect the lives of his wife and child.

Clever, unpredictable, and exciting, Red Star Burning shows why Brian Freemantle has been widely praised as one of the greatest living espionage novelists.