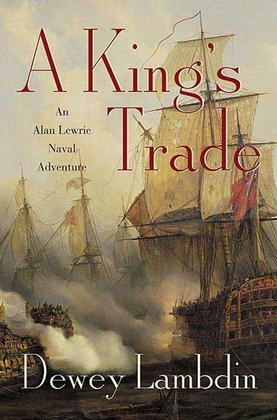 The powder-packed thirteenth installment in a classic naval adventure series.

Captain Alan Lewrie, Royal Navy, is just discovering the truth of the old adage that "No Good Deed Goes Unpunished!"
After a bout of Yellow Fever decimated the crew of Lewrie's HMS Proteus in 1797, it had seemed like a knacky idea to abscond with a dozen slaves from a coastal Jamaican plantation to help man his frigate, a grand jape on their purse-proud master and a righteous act, to boot. But now . . . two years later, the embittered Beauman clan at last suspects Lewrie of the deed. Slave-stealing is a hanging offense, and suddenly Alan Lewrie's neck is at risk of a fatal stretching!
Patrons finagle an official escape from Jamaica to England, where the nefarious and manipulative master Foreign Office spy, Zachariah Twigg, is just too nice and helpful to be credited on his behalf, arranging a long voyage even further out of the law's reach, to Cape Town and India, as escort to an East India Company convoy led by one of Lewrie's old captains, who still despises him worse than cold, boiled mutton!

It will take all Lewrie's shrewd guile, wit, low cunning, and steely self-control to worm his way out of trouble, this time, and keep his breeches chastely buttoned up to avoid even more troubles . . . or will he?