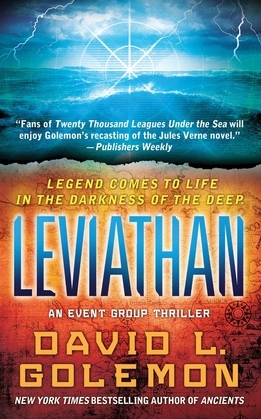 The ships of the world are under attack, attacks so sudden and vicious that many ships are lost without a single distress call. The navies of the world start a frenzied search, but even these ships disappear without a trace.

Enter the Event Group, the most secret organization in U.S. history. Armed with proof that history is repeating itself, the Group finds themselves in the grasp of an insane genius straight out of the pages of Jules Verne. They are up against the descendent of the man who was the inspiration for the captain of a vessel known to the world as Nautilus.

Legend comes to life in the form of Leviathan, the most advanced undersea vessel in history. She will stop at nothing to save the seas and to render justice to humankind for a world that has long been dying, a world Leviathan plans to alter forever, unless the Event Group can stop her!