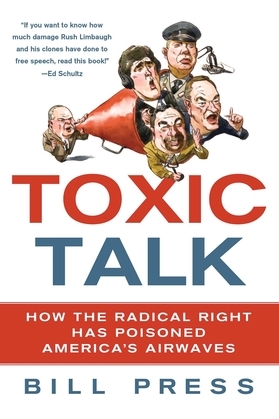 Talk radio has done an end run around the voting populace. With Rush Limbaugh now the unofficial leader of the Republican Party and the far right controlling the five major syndicates, conservatives have a disproportionate voice in the medium?even in liberal cities such as New York, Boston, and San Francisco. Writing with his characteristic and incisive wit, Bill Press exposes the destructive power of Rush, Glenn Beck, Mark Levin, Sean Hannity, Michael Savage, Bill O'Reilly, and the other polarizing figures of talk radio who dominate 90% of the political airwaves today. Citing their own words as evidence, Press brilliantly makes the case that much of what is broadcast on radio and television today is?at best?distorted and partisan, and?at worst?lies, propaganda and bigotry sold by these talented modern-day pitchmen who have followings in the millions.