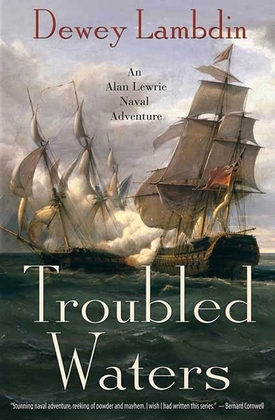 Spring of 1800, and Captain Alan Lewrie, fresh from victory in the South Atlantic, is reckoned a hero on a par with Nelson in all the papers. Back in England, he's fitting out his new frigate, HMS Savage, the fruits of that victory, the largest and best-armed frigate he's ever commanded. But you can't leave Lewrie ashore too long without trouble arising.

A Jamaica court has tried him in absentia and sentenced him to hang for the theft of a dozen Black slaves to man his old ship, HMS Proteus. A crime, or was it liberation, as his London barrister argues? The vengeful slaveowner, Hugh Beauman, has come to London to seek Lewrie's end . . . with or without the majesty of the Law!

Then there's the matter of those anonymous letters sent to his wife, Caroline, portraying him as a faithless rakehell and serving up the most florid lies . . . along with some unfortunately florid truths. Lewrie appeals to the "retired" Foreign Office spy, Zachariah Twigg, to "smoak out" the hand that guides the poison pen, even while wondering why Twigg seems so eager to help his legal case, of a sudden. Is the devious old devil ready to sacrifice him for some motive of his own?

A fortunate legal ruling, which only delays the matter of Lewrie's utter ruin, leaves him free to take Savage to sea upon the King's business, to join the close blockade of the Gironde River in Sou'west France, and plug the threat of enemy warships, privateers, and neutrals smuggling goods in and out of Bordeaux. It could be a dull and plodding dreariness, but . . . a bored Captain Alan Lewrie, safe in his post for the moment, can be a dangerous fellow to his country's foes. If only to relieve the tedium!