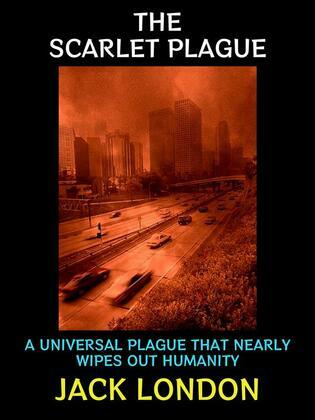 The Scarlet Plague by Jack London. Dystopian Plague Classic! The year is 2072, and the earth has been depopulated by a plague epidemic that struck in 2013. The victims of the scarlet plague are dead within an hour or less of the first symptoms appearing. The plague is so swift that research laboratories are wiped out even as scientists are racing toward a cure. As panic spreads, order breaks down and looting and carnage reign. Broadcast stations fall silent. Aircraft fall from the sky as their pilots succumb. 60 years later an old man, Professor James Howard Smith, scrambles along overgrown railway tracks. He attempts to pass the flame of knowledge to his reluctant grandsons, who have known only a savage existence in an overgrown world - its graphic detail, and remarkable prophetic accuracy make The Scarlet Plague one of the most memorable post-holocaust dystopian stories ever written. In a world of Swine Flu, germ-warfare and genetic splicing it makes the Scarlet Plague just that much more scary.