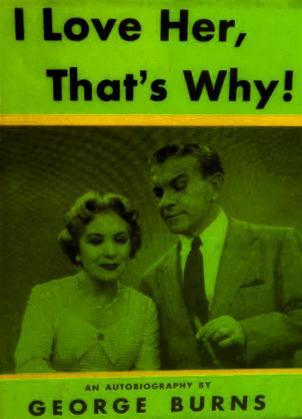 I Love Her, That's Why! first published in 1955, is an entertaining look at the earlier life and career of comedian George Burns and his wife Gracie Allen. From humble beginnings in New York, Burns and Allen went on to become much-loved stars of stage, radio, television, and the big-screen, one of the few entertainers to be successful in each venue. The book begins with Burns' childhood and early struggles in vaudeville before he meets Gracie Allen. Burns then details his efforts to win her affections; their marriage and adoptions of two children; radio, film, and TV productions (including the script for their television series). Included are 16 pages of illustrations.