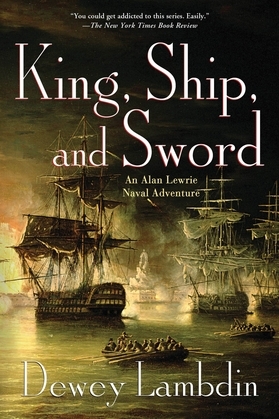 December 1801. The Peace of Amiens end the long war with Napoleon Bonaparte's France, but Captain Alan Lewrie, Royal Navy, is appalled by its consequences. First, he's been in the Navy since 1780 (most unwillingly, most of the time!) and at sea for the better part of nine years, since 1793, so what is a dashing and successful frigate captain to do with himself, if he's ashore on half-pay, and if so, for how long?

Second, and even worse, is where will Lewrie twiddle his thumbs and be bored to death until the war begins again, as he's sure it will? Will he idle in expensive, exciting London, or go home to his rented farm in Anglesgreen in Surrey, and rejoin his wife and in-laws who (mostly) despise him like the Devil hates Holy Water, where he knows as much of agriculture and animal husbandry as his two pet cats do of celestial navigation?

Yet by the spring of 1802, Lewrie and his Caroline have somewhat reconciled (again) and are off to make a go of a second honeymoon ? in Paris, France, of all places! But Lewrie's notion to return the swords captured from deceased French officers to their kinfolk gets turned into a formal presentation at a levee in the Tuileries, and a face-to-face rencontre with the First Consul Napoleon Bonaparte. Lewrie can't help spurring him into a "kick-furniture" rage, and he and Caroline must flee for their lives, with aid from the most unlikely source imaginable.

When war breaks out again in May of 1803, Lewrie has fresh orders, a new frigate, and a chance to punish and pursue the French, but it's no longer for Duty or King and Country ? now it's personal!