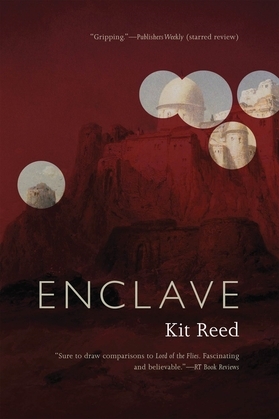 The world is in chaos: war, plague, global ecological collapse. Parents everywhere seek sanctuary for their precious children, the future of mankind. For those who are rich and powerful enough, safety can be found--for a price--at the Clothos Academy. Run by a mysterious man known only as Sarge, set in a former monastery atop a sheer cliff on a tiny island somewhere in the Mediterranean, Clothos will admit only one hundred students before it is sealed off--perhaps permanently--from the terrors outside.

But all is not as it seems. The pupils are so-called starlets best known for their empty heads and eating disorders; troublemakers one step away from incarceration; and junior royals too embarrassing to be let out in public. And the staff isn't much better, from the alcoholic doctor to an ancient monk with secrets of his own.

And the dangers from which these castaways are being protected? Prerecorded, ready to be trotted out whenever Sarge needs to terrify his little flock. And yet...

Some dangers are real, as two boys discover when they hack the Academy's self-contained computer network and connect, for a brief but disastrous moment, to the outside world. Worse, a stranger has entered the Academy. And he has brought Death.