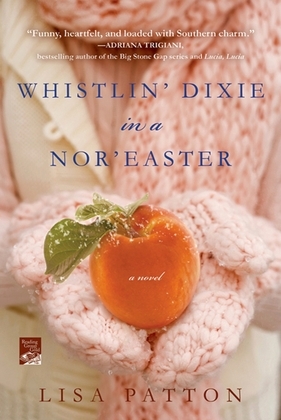 Whistlin' Dixie in a Nor'easter

Whistlin' Dixie in a Nor'Easter is the story of a sweet Southern belle who leaves her beloved Memphis, Tennessee to follow her husband's dream of becoming the proprietor of a quaint Vermont inn.

Leelee Satterfield seemed to have it all: a gorgeous husband, two adorable daughters, and roots in the sunny city of Memphis, Tennessee. So when her husband gets the idea to uproot the family to run a quaint Vermont inn, Leelee is devastated?and her three best friends are outraged. But she's loved Baker Satterfield since the tenth grade, how can she not indulge his dream? Plus, the glossy photos of bright autumn trees and smiling children in ski suits push her over the edge?after all, how much trouble can it really be?

But Leelee discovers pretty fast that there's a truckload of things nobody tells you about Vermont until you live there: such as mud season, vampire flies, and the danger of ice sheets careening off roofs. Not to mention when her beloved Yorkie decides to pick New Year's Eve to go to doggie heaven-she encounters one more New England oddity: frozen ground means you can't bury your dead in the winter. And that Yankee idiosyncrasy just won't do.

The inn they've bought also has its host of problems: an odor that no amount of potpourri can erase, tacky décor, and a staff of peculiar Vermonters whose personalities are as unique as the hippopotamus collection gracing the fireplace mantle. The whole operation is managed by Helga, a stern German woman who takes special delight in bullying Leelee for her southern gentility. Needless to say, it doesn't take long for Leelee to start wondering when to drag out the moving boxes again.

But when an unexpected hardship takes Leelee by surprise, she finds herself left alone with an inn to run, a mortgage to pay, and two daughters to raise. But this Southern belle won't be run out of town so easily. Drawing on the Southern grit and inner strength she didn't know she had, Leelee decides to turn around the Inn, her attitude and her life. In doing so, she makes friends with her neighbors, finds a little romance, and realizes there's a lot more in common with Vermont than she first thought.

In this moving and comedic debut, Lisa Patton paints a hilarious portrait of life in Vermont as seen through the eyes of a southern belle readers won't soon forget. A charming fish-out-of-water tale of one woman who learns to stand up for herself-in sandals and snow boots-against the odds.