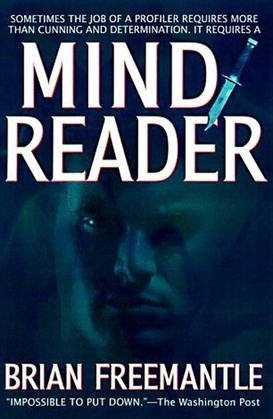 A cat-and-mouse thriller starring Claudine Carter as the profiler, the beautiful and brilliant psychologist who must stop a serial killer--before he stops her.

Claudine Carter is a profiler, the first forensic psychologist ever appointed to Europol, the European Union's FBI. Brilliant and driven, she creates psychological portraits of criminals from the clues no one else sees. As an investigator, she is cold and detached. As a woman, she is still reeling from the recent shocking suicide of her new husband, which hints at a scandal that could ruin her career.

A serial killer is stalking Europe, leaving a trail of dismembered corpses across fifteen nations. Horribly mutilated and gruesomely displayed, the victims seem to have nothing in common, no clues that link them to one another or to the killer. The authorities can find no trace of the madman--and no hint of when he will strike next.

Claudine must brush her personal feelings aside to concentrate on the case and begin her work with a brilliant forensic pathologist and a maverick computer wizard. But when a rogue within the organization makes her identity known, Claudine faces a new threat. Everywhere she goes, a killer is watching her. And waiting to strike.

In this spine-chilling cat-and-mouse thriller by master writer Brian Freemantle, the hunter becomes the hunted--and the stakes are life and death.