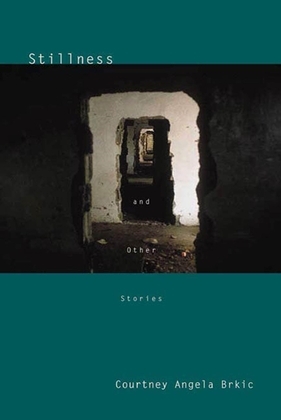 A brave and unnerving debut collection about life in wartime

In 1991 a war began in Yugoslavia that would last four years and claim more than a quarter of a million lives. In her harrowing fiction debut, Courtney Angela Brkic puts a human face on the lost, the missing, the exiled, and the invisible. She brings to life perpetrators and victims, soldiers and civilians, diplomats and human rights workers: a man trapped in a cellar witnesses the erasure of his city?and of his identity?as it is shelled by unseen bombers; a sniper posted in a building overlooking a city street takes comfort in the arbitrary rules he creates to choose his targets; a husband and wife who have been brutalized in detention centers pick up the pieces of their marriage.

The characters in Stillness are caught up in forces not of their own making. Rather than being uniformly powerless, however, they create choices where none should logically exist, and by doing so they defy the challenge of war. Brkic, who was a researcher and translator in Croatia, and a forensic archeologist in Bosnia-Herzegovina after the war, has written a powerful work of the imagination that somehow illuminates unimaginable events.