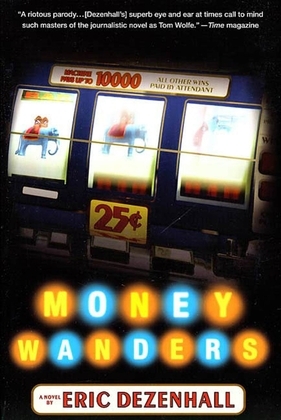 So Jonah goes to war through a comical and audacious manipulation of the media which includes online rumoring, exploiting romantic myths of the mob, and orchestrating a union-backed pseudo-vigil after Vanni is arrested. To pull off these stunts, he enlists the help of his grandfather's Prohibition-era cronies, pimply-faced hackers, a disgruntled Secret Service agent, a cagey Washington lobbyist, a slick Philadelphia publicist, and a street-fighting rabbi.

Money Wanders is a wild and uproarious tour of spin and media manipulation from the lobbied halls of Congress to the dilapidated boardwalk of Atlantic City.