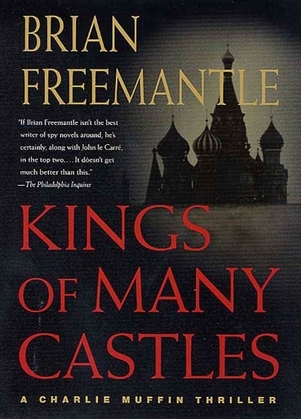 Kings of Many Castles

Television audiences around the world witness in horror the Moscow assassination attempt upon the American and Russian presidents. The captured gunman is revealed to be the son of one of Britain's most infamous nuclear defectors, which brings the shuffling, believe-nothing Charlie Muffin into the investigation.

Within hours, the death of the Russian leader and the diagnosis that the American's president's wife will be maimed brings the pressure on the combined American, Russian and British investigators to a melting point. Only Charlie Muffin refuses to accept the defector's son was the sole shooter and he doesn't endear himself to anyone--including ex-KGB debriefer Natalia Fedova and mother of Muffin's daughter-and must risk his life and his love to prove his case.

From the corridors of power in Russia to the offices of MI5, Charlie must once again challenge higher authorities to bring justice to all. In perhaps his most intense thriller to date, Brian Freemantle once again uses his unique understanding of international espionage and intrigue to remarkable results.