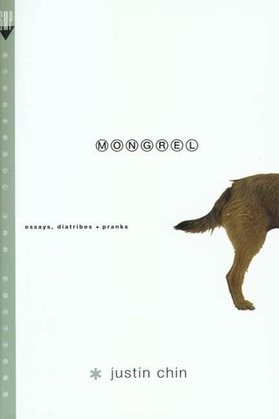 In a time when memoirs are often less than they claim to be and essays do not say enough, Justin Chin breaks onto the scene with a collection that is a combination of confession, tirade, journalism, and practical joke.

Mongrel is a cross-section of Chin's imagination and experiences that calls into question what it means to be an Asian-American in San Francisco, the effect your family will always have on you, and the role sexuality plays in your life. Whether it be Internet pornography or family history, Chin manages to dig deep and uncover not only the truths of everyday life, but also the absurdities that surround them.

Mongrel is an exploration and distillation of the experiences and imagination of a gay Asian-American whose sensibilities were formed by the maelstrom of '80s American pop culture. A unique collection from a brash, funny new voice.