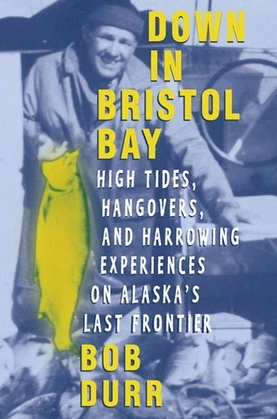 Down in Bristol Bay

Dr. Robert Allen Durr - literary scholar, award-winning author, former confidant to legendary writer H. L. Mencken, and one-time rising star in the East Coast academic world - decided one day to give it all up and move to a remote region of Alaska in search of paradise.

Convinced that truth, beauty, and goodness could still be found in the wild, Durr bought a boat and journeyed to Bristol Bay in hopes of becoming a commercial salmon fisherman and earning a living. Catapulting the reader into this last frontier and onto a sea of storms and dangers, madcap bars and drinking parties, amid the camaraderie of some rugged Alaskans, mostly native fishermen known as D Inn Crowd, Down in Bristol Bay chronicles a hard life, but not without songs and ballads, misadventures and follies, occasionally of burlesque proportions, on land as well as at sea.

Combining elements of Krakaur's Into the Wild, Matthiessen's The Snow Leopard, Junger's The Perfect Storm, McPhee's Coming Into the Country, and even Tom Wolfe's The Electric Kool-Aid Acid Test, Down in Bristol Bay is a powerful and raucous memoir of a man who abandoned the safe world of academia for the Alaskan wilderness to find his own kind of primal sanity.