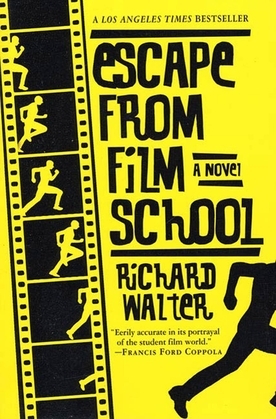 Escape From Film School tells the sprightly tale of a young man who makes it in Hollywood without ever leaving film school.

When Stuart arrives in California in the Sixties, he is fleeing the draft and he quite literally stumbles into USC's film school. Within a few weeks he is living out of his car and making student films with stolen equipment. Within a few years he is rubbing elbows with a young Mike Ovitz and other characters pulled straight from the pages of Variety.

Blessed with a biting wit and a jaundiced eye, Stuart is a keen observer of the machinations, power plays, and absurdities of the movie biz. His account of his own circuitous progress -- and that of his beautiful and ambitious wife, Veronica; his beautiful and ambitious girlfriend, Ginger; and his loyal daughter, Rainbeaux -- also offers an incisive and satirical look at this bizarre, yet fascinating world. Like The Player, it is a dead-on, often hilarious and occasionally poignant tale about survival and redemption in Hollywood.