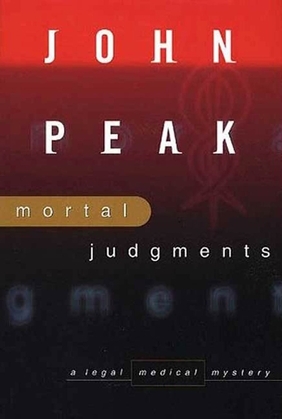 Vicki Shea, a San Francisco malpractice lawyer with a medical degree, is a good choice for surgeon Arnold Jones. Jones faces a malpractice suit that could virtually wreck his career. He is accused of having caused the sudden death of a rich and powerful businesswoman. He is urged by everyone to settle, but he refuses. He knows he wasn't at fault, and won't say he was.

As Vicki begins work on the case, she finds that someone wants her to stop: a concrete block is dropped on her car on the freeway; there is missing information on the death certificate; both pathologists who look into the case for Vicki die suddenly; and the attemps on Vicki's life escalate.
In this dramatic thriller, where every medical and legal detail is accesible and engrossing, Peak has written his best and most important book yet.