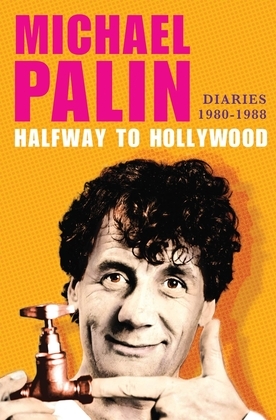 The second volume of Michael Palin's diaries covers the bulk of the 1980s, a decade in which the ties binding the Pythons loosened?they made their last film Monty Pyton's Meaning of Life in 1983. For Michael, writing and acting took over much of his life, culminating in his appearances in A Fish Called Wanda, in which he played the hapless, stuttering Ken, and won a BAFTA for Best Supporting Actor. Halfway to Hollywood follows Palin's torturous trail through seven movies and ends with his final preparations for the documentary that was to change his life?Around the World in 80 Days.
During these years he co-wrote and acted in Terry Gilliam's Time Bandits as well as spearing in Gilliam's follow-up success Brazil. Palin co-produced, wrote and played the lead in The Missionary opposite Maggie Smith, who also appeared with him in A Private Function, written by Alan Bennett. In television the decade was memorable for East of Ipswich, inspired his links with Suffolk. Such was his fame in the US, he was enticed into once again hosting the enormously popular show Saturday Night Live. He filmed one of the BBC's Great Railway Journeys as well as becoming chairman of the pressure group Transport 2000. His life with Helen and the family remains a constant, as the children enter their teens.
Palin's joy of writing is evident once more in Halfway to Hollywood as he demonstrates his continuing sense of wonder at the world in which he finds himself. A world of screens large and small.